A Latin meaning “friend of the court.” It refers to a party that is allowed to provide information to a court, even though it is not directly involved in the case.

A governing document that establishes the basic terms of a corporation’s existence, including its name, purpose and number and classes of shares. The Articles of Incorporation are filed with the State.

A governing document that establishes the basic terms of a limited liability company’s existence, including its name and purpose. The Articles of Organization are filed with the State.

A way to purchase a business, whereby the purchaser buys substantially all of the assets of the business, rather than buying the stock of the corporation.

The agreement of the stockholders as to the affairs of a corporation and the conduct of its business, such as how voting will occur and who may sign documents on behalf of the corporation. May contain “buy-sell” provisions, which govern the sale of a stockholder’s ownership interest in the corporation.

An agreement, either as a stand alone document or as part of another document (e.g. an Operating Agreement), whereby stockholders/members set forth in advance the conditions and terms that will govern the sale of a stockholder’s/member’s ownership interest. Can be used for any number of situations, including restricting who the ownership interest can be transferred to, giving the business a first right to purchase and setting the sale price in advance.

Anything of value that a member contributes as capital to the limited liability company, including cash, property and services rendered.

A Latin meaning “let the buyer beware” which describes the theory which is applied to sales between individuals. It generally puts the responsibility of determining the quality of the goods in question on the buyer. The seller generally has no duty to offer warranties or to disclose defects in the goods.

A Latin meaning “to be informed of.” It refers to the order a court issues so that it can review the decision and proceedings in a lower court in order to determine whether there were any errors made. When such an order is made, it is said that the court has “granted certiorari.”

A type of business organization formed under the Maryland General Corporation Law.

A Latin term referring to the physical manifestation of a crime, such as the corpse of a murdered person or the charred remains of a burned house.

A written document, recorded with the State, whereby real property is put up as collateral to secure a loan.

A Latin term meaning, literally, “in fact.” It generally refers to something that exists in reality, but not legally.

A Latin term meaning, literally, “by right.” It generally refers to something that is functioning in accordance with the law.

A Latin term which is typically used when referring to a trial de novo, a second, totally new, trial which a party is sometimes entitled to request if it is not satisfied with the outcome of the first trial.

Elected by the stockholders, these persons are responsible for managing the affairs of the corporation.

A person who works in the service of another person (the employer), under which the employer has the right to control the details of the work performed. An employee would be entitled to company benefits like 401(k) or health insurance.

A Latin term, short for et sequentes, or et sequentia, meaning “and the following.” It is used frequently in legal references to indicate the material following the page cited.

A Latin term meaning “after the fact.” It refers to an act or fact occurring after some previous related act.

A Latin term meaning “on behalf of.” This term is often used in the naming of cases; for example, when a parent sues on behalf of their child.

A Latin term meaning “by or for one party.” It refers to the rare occasion when only one party to a lawsuit (and not the adversary) appears before a judge.

A written document, recorded with the State, that puts the world on “record notice” that a party has an interest in another party’s property. Prevents a party from borrowing money against a piece of property, and then turning around and putting up the same property to borrow money from someone else

The section of the Internal Revenue Code that addresses tax-exempt corporations. Also, a common term for any entity that is tax-exempt.

Abbreviation for the Generally Accepted Accounting Principles, which are the accounting conventions, rules and procedures issued by the Financial Accounting Standards Board. GAAP is the standard method for preparing financial statements.

A written document, whereby one party guarantees the debts of another party.

A Latin term meaning “guardian at law.” It refers to an attorney appointed by the court to look out for the best interests of someone, usually a child or disabled person, during the course of legal proceedings.

A Latin term meaning “you shall have the body.” It is most commonly used when referring to a “writ of habeas corpus,” which is a court order requiring a prisoner to be brought to court so it can be decided whether he has been lawfully imprisoned.

A Latin term meaning “in chambers.” It refers to a hearing or inspection of documents that takes place in private, often in a judge’s chambers.

A person who performs work for another person, but who is free to choose the method for accomplishing it. An independent contractor is not entitled to company benefits like 401(k) or health insurance.

A court order that is not final, and usually cannot be appealed.

The annual tax return of a tax-exempt entity. A public document, this must be made available to anyone who wishes to see it.

A type of business organization formed under the Maryland Limited Liability Company Act.

This generally refers to a notice filed in the office where deeds to land are recorded in order to warn persons that a lawsuit is pending concerning the ownership to certain property.

A Latin term meaning the place of a crime.

The holder of a membership interest in a limited liability company.

The central repository for company information. This is where the Articles of Incorporation/Organization, Bylaws/Operating Agreement, stock certificates and minutes of meetings should be kept.

A Latin term referring to a prosecutor’s decision not to prosecute a criminal case after charges have been brought. It is more commonly used in its abbreviated form, “nol pros.”

A Latin term referring to a plea in a criminal case indicating the defendant will not contest a criminal charge. It is more commonly used in its abbreviated form, “nolo.”

A Latin term meaning, literally, “not of sound mind.”

A Latin term referring to a judgment entered by a trial judge that is contrary to the jury verdict. It is more commonly used in its abbreviated form, “N.O.V.”

A Latin term meaning, literally, “now for then.” It refers to actions of a court that are made retroactive to an earlier date.

Elected by the directors, these persons (e.g., President, Treasurer, Secretary) are responsible for the day to day operations of the corporation.

The agreement of the members as to the affairs of a limited liability company and the conduct of its business, such as how voting will occur and who may sign documents on behalf of the corporation. May contain “buy-sell” provisions, which govern the sale of a member’s ownership interest in the company.

A Latin term meaning “parent of his country.” It is used when the government acts on behalf of someone else, such as a child or mentally disabled person.

A type of business organization that is not registered with the State.

A Latin term meaning, literally, “through the court.” It refers to an opinion of an appellate court which is not attributable to any one judge.

A Latin term meaning “at first view.” It refers to the minimum amount of evidence a plaintiff must have in order to avoid having a case dismissed.

Commonly, “pro bono.” It refers to actions of a court that are made retroactive to an earlier date. A Latin term meaning, literally, “for the public good.” It is used when referring to voluntary service provided by attorneys.

(pronounced “pro say”) A Latin term meaning “for himself.” It refers to a person who represents himself in court alone without the help of a lawyer.

A written, formal version of the “IOU”, whereby a borrower (“maker”) promises to pay a fixed amount of money by a certain date to a lender (“payee”).

A Latin term meaning “the thing that speaks for itself.” It is used to describe situations in which it is assumed that a person’s injury was caused by the negligent action of another party because the accident was the sort that wouldn’t occur unless someone was negligent.

Abbreviation for the State Department of Assessments and Taxation, the Maryland agency that oversees businesses.

A Latin term meaning, literally, “without which nothing.” It is used to describe something which must happen before something else happens.

A Latin term meaning “to stand by that which is decided.” It refers to the principle of adhering to precedent when deciding a case.

An investor’s ownership in the corporation, expressed as an actual number of shares.

An option to buy or sell a specific quantity of stock at a designated price for a specified time period regardless of shifts in market value during the period.

The holder of shares in a corporation.

A Latin term meaning “under penalty.” It is a court order compelling a person to appear at court or a deposition in order to testify or produce documents.

A Latin term meaning, literally, “bring them with you.” It is a court order compelling a witness to produce certain documents at court or a deposition.

The identification number assigned to an entity by the Internal Revenue Service. The process of getting this number is one of the first steps a new business should take. 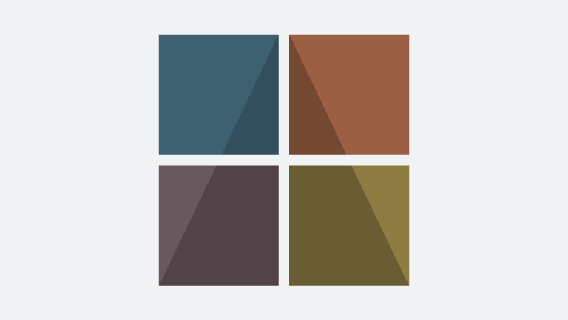